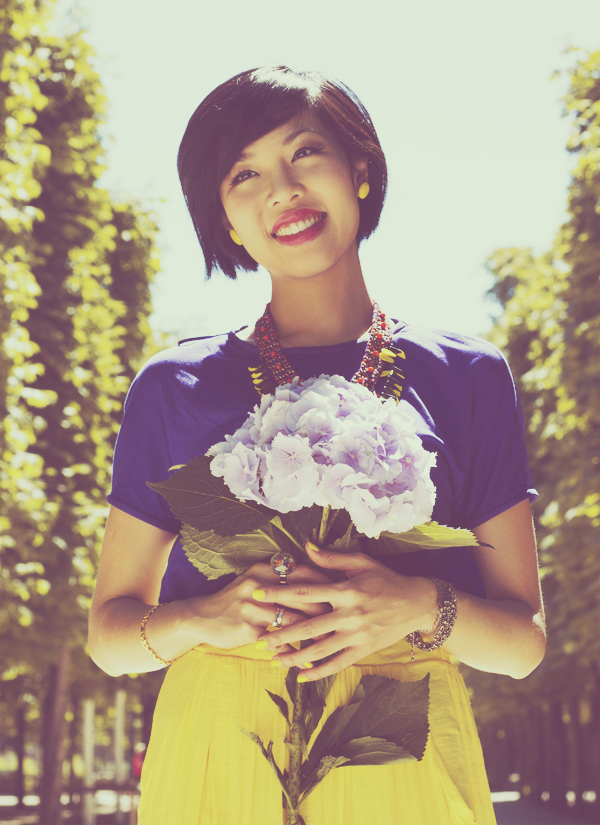 “Luscious vocals” is simply an introduction to Sarah Cheng-De Winne, award-winning singer-songwriter, actress and host. It is not just her “delightfully soulful” voice that belies her youth, but her ability to command the stage and write songs with a distinctive blend of pop, R&B/soul and jazz.

Internationally, Sarah was recognized as Winner at the 12th Annual Independent Music Awards in the Contemporary Christian/Gospel song category for her self-penned song “Love-Shape Void”, with an additional nomination for her song “Diagonal Rain” in the R&B/Soul song category. Sarah also performs the theme song of The Apartment Style Edition (nominated Best Theme Song at the Asian Television Awards 2013), where her voice has been heard in 18 countries worldwide. Her music has also entered international radio playlists such as Japan’s no. 1 station InterFM, Hong Kong’s RTHK Radio 3 and the Asia Hitlist on major airlines. In Singapore, Sarah’s songs “Happy Ever After” and “Love-Shape Void” were featured on the soundtrack of MediaCorp Toggle’s telemovie, Love…And Other Bad Habits (2013), the former being the telemovie’s theme promotional song.

With dynamic performances and her signature blend of pop, R&B/soul and jazz, Sarah has featured on local and international platforms such as Music Matters 2013, Taiwan’s largest indie music festival Spring Scream 2013, Mosaic Music Festival 2011, Singapore Wine & Jazz Festival 2010, Esplanade’s Celebrate December (2009 & 2010) and Timbre’s LIVE (2010). She has also performed for the Thai King’s 86th Birthday Celebrations, “More Than A Monarch” (2013) in Siam Paragon, Bangkok, opened for Youtube sensations Boyce Avenue at their first Live in Singapore 2013 concert, Hong Kong diva Frances Yip and performed backing vocals for singer-songwriter Corrinne May’s Singapore concerts – including a 7000-strong crowd at Corrinne’s Rhythm in Nature show at Gardens by the Bay, Singapore. Currently on her Asian Tour to promote Brand New, Sarah’s versatility and striking figure make her a sought-after performer for high-level corporate events. She was also handpicked as one of four GC Smart Luxury personalities to front and represent Singapore in GC Watches’ 2012/13 global campaign.

Sarah’s latest 13-track album, Brand New (2012), epitomizes her renewed perspectives on life, relationships and music-making during its 2-year incubation period. In July 2012, Sarah miraculously escaped a horrific lorry-car collision with only minor injuries. She found herself safe on the pavement with no logical explanation other than divine intervention. Her powerful anthem, “Just Me”, was written in response to the accident. “The accident prompted me to reflect on my purpose in life… It made me realize just how fragile we are, but also how strong we can be.”

Delving into lyrical themes of love, redemption and self-empowerment, Brand New features the rising songbird’s ear for anthemic melodies, foot-tapping grooves and her signature style of expressive vocal performance. Sarah has been lauded for her vocal and songwriting “versatility…as she tackles R&B, pop and urban rhythms” (TODAY, 12 Oct 2012) within her own “distinctive soulful pop brand” (powerofpop.com, 21 Dec 2012). Sarah’s songwriting has also been noted to “show a maturity beyond her years” (TODAY, 9 Sept 2010), with “a good dollop of pop sensibility” (The Business Times, 3 Sept 2010). She received top honors in the UK Songwriting Contest 2012 by clinching finalist positions (nominated to win) in 4 different categories for her songs “Diagonal Rain”, “Parallel Lives”, “Love-Shape Void” & “Past Midnight (Remix)”.

While the fruits of her labour are just beginning to show, Sarah’s musical roots run deeper. Her innate musicality was developed through an early and wide exposure to world, jazz and classic hit music by her parents, themselves zealous music collectors. With staunch family support, Sarah involved herself from age 6 in numerous school musicals, choir performances, church services and a jazz ensemble throughout her most formative years. Trained in classical piano up to Grade 5 and having studied voice under Amanda Colliver (Moulin Rouge), Sarah’s theatre background — she holds a double major degree in Psychology (Hons) and Theatre Studies — also informs her ability to engage and connect with audiences.

One of her earliest breaks was being selected from over 300 youths to be one of main cast members in the hit teen musical, It’s My Life! (2008). Over a year-long incubation process, she honed her musical theatre skills under the tutelage of theatre, music and movement veterans Tan Kheng Hua, Lim Yu-Beng, Bang Wenfu and Ricky Sim. Following this, she was selected to be part of young & W!LD (2009-2010), W!LD Rice’s youth division, where she trained intensively for 12 months under theatre director Jonathan Lim — culminating in the showcase performance Family (2010).

But music remains Sarah’s first love. “Winning my first solo singing competition at the age of 14 was a defining moment for me,” Sarah reflects. “It made me think — I could do this for the rest of my life.” Armed with a faith in God and plenty of drive, Sarah’s dreams are becoming a reality for the 25-year old chanteuse, as she reaches out to local and international audiences with a Brand New sound.

“Sarah’s theatrical training enhances her interpretation, in that she understands the subtext of her songs and gives them nuance.”
— Dr. KK Seet, ST Life! Theatre Awards Judge